Skip to content
Home / Daily Biblical News / Satan Wars Against Believers, Who Will You Stand With

Joshua 24:15 15 And if it seem evil unto you to serve the Lord, choose you this day whom ye will serve; whether the gods which your fathers served that were on the other side of the flood, or the gods of the Amorites, in whose land ye dwell: but as for me and my house, we will serve the Lord.

I do not believe many believers know they are in a war against Satan and that our enemy never rests. I read wonderful things concerning believers but I also read horrifically evil things and they are going on at the same time. Yes, God is sovereign, in control, and guiding all things to work within His perfect plan. But we are not to sit back and think Satan will ever give up until He is forced, by God, into the lake of fire forever. We must remember that until then, this world system is under the rule of Satan, with God’s permission, and we are not good soldiers of Christ if we do not see that evil runs parallel to us. Jesus described this as the narrow gate and narrow path which is beside the wide gate and the wide path. Those on the narrow path walk within boundaries while those that walk on the wide path do whatever they feel and think is right for them. These articles show that believers do have victory but while that victory is going on, evil is busy moving forward. This will not stop until the Prince of Peace returns and rules forever.

Tolerance toward religious beliefs is becoming less and less. There is tolerance for many things but holding godly moral values is not one of them. Their intolerance wants to push God out of the normal flow of life. The unbelievers are actively pushing their “God is dead” belief onto everyone. Well happy to say that on this day, they did not win. An article says “‘God Won’: Georgia School OKs Prayer at Football Games, Despite Atheist Complaints” it goes on to say “A Georgia county’s board of education says it has found a legal way 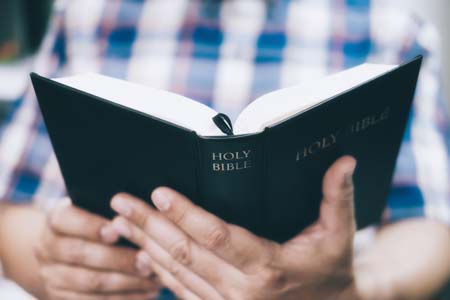 to allow prayer before high school football games following complaints from an atheist organization.” The article declares God the winner, “God won,” Copeland told WCTV. “That was the whole plan all along. I think it’s awesome that we’ve got kids in school that want to pray to God and attend church.”

This is not a war between believers and unbelievers, it is the war of Satan against God and those who believe in Christ Jesus. What does evil hate, the Truth. What is to be understood, is that the unbelievers are pawns of Satan and Satan uses them to fight against God (Ephesians 2:1-3). This is why there is so much opposition to public prayer. I’m sure it is like fingernails on a chalkboard for Satan to have to listen to the surrendered hearts of those expressing praise and worship to the true living God.

Ephesians 6:12 KJV For we wrestle not against flesh and blood, but against principalities, against powers, against the rulers of the darkness of this world, against spiritual wickedness in high places.
2 Corinthians 10:3 KJV For though we walk in the flesh, we do not war after the flesh: 4 (For the weapons of our warfare are not carnal, but mighty through God to the pulling down of strong holds;)

California is steadily working its way to force everyone to adopt and embrace the LGBTQ lifestyle as normal and acceptable as the article says, “Earlier this week, the California Senate passed a resolution calling upon all Californians—despite religious beliefs—to embrace LGBTQ lifestyles.”  This should not shock anyone. Please pray for the true believers in California because religious tolerance is running thin. Pray for them to be courageous soldiers in this war, to fight the good fight of faith, and to finish their race honorably.

Leviticus 18:22 KJV Thou shalt not lie with mankind, as with womankind: it is abomination.
Leviticus 20:13 If a man also lie with mankind, as he lieth with a woman, both of them have committed an abomination: they shall surely be put to death; their blood shall be upon them.
Matthew 19:4 KJV And he answered and said unto them, Have ye not read, that he which made them at the beginning made them male and female, 5 And said, For this cause shall a man leave father and mother, and shall cleave to his wife: and they twain shall be one flesh?

God has not changed His mind or attitude toward this issue. For those who read scripture and take it as God said it, it is easy to see this war. And Romans 1:18-32 tells us how every society and person ends up, which tells us where the world is headed as well as why society is so aggressive, selfish, and violent. This is why Romans 1 is outlawed in many countries. This war is easy to recognize but there is a much more subtle war going on and it involves the church.

The Church At War

“Members of an Ohio congregation invited the community to a September 8 worship service officially welcoming as its new pastor one of the few openly transgender Baptist ministers in the US.” Many denominations are accepting the LGBTQ lifestyle, no problem. However, there were some who stayed true to God’s word but we now see things are crumbling more quickly in the church. How does the church cover this sin?

The article gives us the standard answer: “With God’s help, together we can follow the example of Christ and create a beloved community marked by abiding peace, expansive love and radical justice in Oberlin and beyond,” said Saunders. The cover for this sin is social justice and rights. Every one just needs to get along, love one another, and have peace. This is all done in the name of Jesus. What does this mean for a bible believing believer? It means that soon anyone who stands strictly on the word of God will be seen as a “hater.” The more chaotic and violent society gets, the more people are going to stress and demand peace and security.

“Erica stood out as a candidate with unique strengths,” the search team said. “Bright, compassionate, faith-filled and spirit-led with a loving presence, she showed as much interest in each of us as we did in her.” this article sounds nice and loving and accepting, right. Where is Jesus? Where is Conviction? Where is Truth? The religious tolerance will be accepting and embrace the feel good and makes me look good belief. How is the false church going to continue to grow:

2 Timothy 4:3 KJV For the time will come when they will not endure sound doctrine; but after their own lusts shall they heap to themselves teachers, having itching ears; 4 And they shall turn away their ears from the truth, and shall be turned unto fables.

What is a fable?

3454 mýthos – a myth; a false account which poses to be the truth; a fabrication (fable) to subvert (replace) what is actually true. (HELPS Word-studies)

Once sound doctrine is rejected and man forces God’s word to fit his agenda, then truth is abandoned and replaced with lies that are promoted as the truth.

2 Timothy 2:3 KJV Thou therefore endure hardness, as a good soldier of Jesus Christ. 4 No man that warreth entangleth himself with the affairs of this life; that he may please him who hath chosen him to be a soldier.
Ephesians 6:10 KJV Finally, my brethren, be strong in the Lord, and in the power of his might. 11 Put on the whole armour of God, that ye may be able to stand against the wiles of the devil.

It is not like Satan will win but the war is going to increase and become very intense during the time of the Tribulation. What needs to be seen is that all believers are in a war, the war is ramping up, and God expects us to know He is our strength and power. The Holy Spirit that seals and lives in every believer gives us courage and a sound mind in order to fight our fight of faith in a way that honors and glorifies God.

Fight The Good Fight Of Faith

Jesus took Peter, James, and John to the Garden of Gethsemane with Him to watch with Him. But they fell asleep (Matthew 26). Then many years later Peter says:

1 Peter 5:8 KJV Be sober, be vigilant; because your adversary the devil, as a roaring lion, walketh about, seeking whom he may devour: 9 Whom resist stedfast in the faith, knowing that the same afflictions are accomplished in your brethren that are in the world.

Jesus won victory over Satan at the cross but we are still in the fight. Therefore we are to live controlled lives according to God’s ways through the power of the Holy Spirit (2 Timothy 1:7), staying awake and aware. We are to actively refuse to give way to Satan by

standing strongly in our faith, with the understanding this will bring hardship our way.

2 Timothy 3:12 KJV Yea, and all that will live godly in Christ Jesus shall suffer persecution. 13 But evil men and seducers shall wax worse and worse, deceiving, and being deceived.