Our daily biblical news brings a biblical perspective on the events happening today. Today we can see evil is ramping up and our world is changing fast. This page is to show how close Christ return is. We cannot make this world a better place but we can prepare for our true home each day. Please share the love of Christ, don’t give up hope and keep your eyes on your eternity. Remember, there are no signs for the rapture to happen.

Want to receive our daily biblical news and/or our bible teachings then Follow LHWM.

We recommend “The Insanity Of God”  movie – Free To Watch by Revelation Media.

This bible teaching is next which we will talk about the last days or the end times. We will also incorporate biblical news. In the meantime you can read the bible teachings below.

We will write a bible teaching about the coming tribulation (known as Jacob’s trouble). We will also incorporate biblical news. In the meantime you can read the bible teachings below.

The Importance Of Israel

Do you think Israel is important? Most of the world would say no. As a matter of fact most want Israel gone. However, Israel is foundational to knowing what season we are in on the prophetic timeline. God made eternal promises to Israel, and he will fulfill them all. Continue reading to learn about the history and future of Israel.

Please read the news below with discernment. Line everything up with the Word Of God.

The feeds below are generated by an RSS feed reader. Please be patient while they load in, thank you.
jump to LHWM News
LHWM News

Proverbs 12:5–6 NASB 1995 5 The thoughts of the righteous are just,  But the counsels of the wicked are deceitful. 6 The words of the wicked wait in ambush for blood, But the mouth of the upright will rescue them.
Date: 10-3-21
STOP! The COVID PCR Test is being recalled by FDA by December 31. Do not consent to getting this COVID Test. Please pass this around to everyone in your networks if they don’t already know about. The Testing protocol is now touted by FDA as a Class 1 Recall.

BY THE ARTICLE: “FDA Announces That CDC’s PCR Test FAILED Review, Will Have Emergency Use Authorization REVOKED “The FDA has identified this as a Class I recall, the most serious type of recall. Use of these devices may cause serious injuries or death.” Date: 9-28-21

How the Left Is Stealing Your Church Watch Video

There has never been a greater force for justice and equality than the Christian church. But today, a new and dangerous ideology, born out of Marxism, redefines those words. And it is beginning to seep into Bible-believing churches, where it brings division and destruction—and compromises the Gospel. Join us this week for our compelling documentary, How the Left Is Stealing Your Church: The Invasion of the gospel of Woke Date: 10-8-2021

Going to businesses and asking if they would like to place this sign on their window. The replies are amazing! Date: 10-3-21 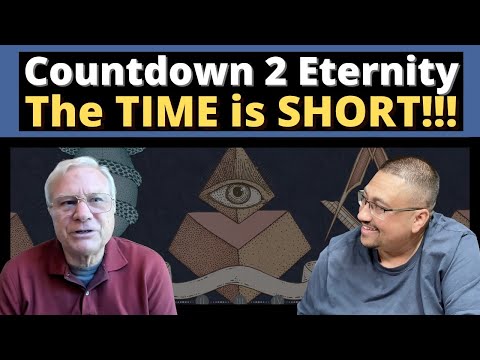 Many sources have reported that Facebook was shut down after Zuckerberg’s exposé was published online.

Yes, the Facebook shutdown came after a former product manager turned “whistleblower” leaked tens of thousands of internal documents published in a ripping series of reports published by The Wall Street Journal.

But who is this whistleblower? Is he really pursuing the platform because of his own moral principles? And is the publication of the report really connected to Facebook’s downfall?

But the whistleblower, 37-year-old data scientist Francis Haugen, who has led Facebook’s Civil Integrity and Disinformation Group since 2019, was the chief censor on the social media platform in the run-up to the rigged 2020 election.

While the latest leaked documents confirm complaints that have been made repeatedly against Facebook, the latest revelation concerns a psy-ops operation that Facebook is plotting to conglomerate with the federal government to gain unbridled power.

Facebook executives “see people leaving the platform. They’re going to GETTR, Telegram. They’re going to all these other places. They’re sharing everything through Rumble,” Jack Posobetz of Human Event told Steve Bannon on Monday. “He was the chief censor on Facebook during the 2020 election. And yet he’s going to come out and act like he’s a whistleblower? No. Haugen is a controlled opposition,” Pozobetz warns.