Skip to content
Home / Daily Biblical News / The New World Order In Place and Ready To Go! Are You Ready?

In the book, New World Order by Ralph Epperson, there is an outline showing the strategy of the NWO. The strategy that is outlined is in play. How close is society to being taken in by their strategy?

Ralph Epperson and a Glimpse From New World Order Book

INTRODUCTION
So, the people of the world can now determine what those changes are that those in the positions of implementing changes have in store for them. In summary, then, these changes are:

The old world is coming to an end. It will be replaced with a new way of doing things. The new world will be called the “New World Order.”

This new structuring will re-distribute property from the “have” nations and will give it to the “havenot” nations. The New World Order will include changes in:

These are the three target areas:
1. Family
2. The Workplace
3. Religion

by A. Ralph Epperson 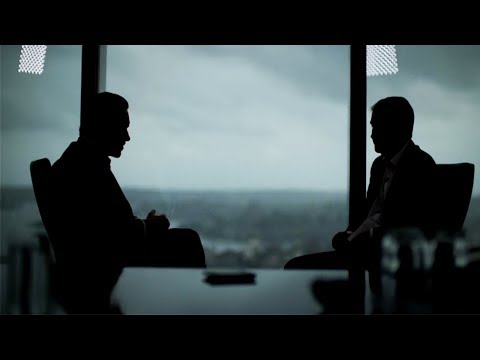 homosexual marriages will be legalized;

parents will not be allowed to raise their children (the state will);

all women will be employed by the state and not allowed to
be “homemakers”;

divorce will become exceedingly easy and monogynous marriage will be slowly phased out; — A. Ralph Epperson

Why destroy the biblical family?

In Genesis 1&2 God is creating all things including people. Genesis 2:7 man is created and in verses Genesis 2:21-22 Eve is created.

In Genesis 2:24 God says, “a man will leave his father and mother” when he marries. However, there were no fathers or mothers at that time. This means from the very beginning, God defined marriage as the unity of a man and woman and the family as a father, a mother, and children.

A biblical family has a strong foundation in Jesus Christ and are not easily deceived. This makes them stand against lies and godlessness. So, to bring people into compliance, truth must be replaced with lies and that is exactly what is happening at a very fast pace. As we move closer to the second coming of Christ we will witness the world repeating history, that is the days of Lot and Noah.

How far has the NWO agenda been pushed;

I could list many more but these show how God’s design is being destroyed. Over time being a full time mom has become a waste of time and women who stay home are seen as inferior to working women. Choosing to work or stay home is voluntary for now but once provisions come from the government, working will be forced so the government can raise the children. Divorce can be done without going to court. The school is ruled by the government, paid for by your tax dollars, and influences children in ungodly ways (School District Refuses To Permit Parents To See LGBT Videos Students Were Forced To Watch). Marriage took its biggest step away from God’s definition when same-sex marriage was legalized.

the workplace:
the government will become the owner of all of the factors of production; the private ownership of property will be outlawed; — by A. Ralph Epperson

4-24-2018 They are currently working on government jobs (factors of production). If they enforce or volunteer people to be liable the government will make them the owner of the factories, because the workers will be under government control, wow! — Not The Onion: Bernie Sanders Wants To Give EVERYONE A Government Job

Did you get that? Government owns economic; money, rules over; administration, the production and distribution of goods; manufacturing.

How Did America Forget What ‘Socialist’ Means?

We have a generation who has no knowledge of true history, taught God is dead, and the universe revolves around them. They are primed to believe you receive something for nothing.

religion:
religion will be outlawed and believers will be either eliminated or imprisoned; there will be a new religion: the worship of man and his mind; all will believe in the new religion; — A. Ralph Epperson

—> religion – This is still in a working progress.
California Pushing Bill to Ban Sale of Bibles

Many people have not caught up to the fact that religious freedoms are being taken out across the globe.

Christianity, as in the whole council of the bible, is now openly rejected and being replaced with humanism. For those who know scripture they know this religion of idolatry began in Genesis 3 and has progressed through the watering down and perversion of God’s word and here we are today.

Man is god, worships himself, and his opinions, theories, philosophies, intelligence, etc.

Is God pacing back and forth wondering what to do? No. God throughout scripture foretold of this time and what it would be like;

2 Timothy 3:12 Yea, and all that will live godly in Christ Jesus shall suffer persecution. 13 But evil men and seducers shall wax worse and worse, deceiving, and being deceived.

The bad to worse in detail;

2 Timothy 3:1 KJV This know also, that in the last days perilous times shall come. 2 For men shall be lovers of their own selves, covetous, boasters, proud, blasphemers, disobedient to parents, unthankful, unholy, 3 Without natural affection, trucebreakers, false accusers, incontinent, fierce, despisers of those that are good, 4 Traitors, heady, highminded, lovers of pleasures more than lovers of God; 5 Having a form of godliness, but denying the power thereof: from such turn away.

Revelation 13:7 KJV 7 And it was given unto him to make war with the saints, and to overcome them: and power was given him over all kindreds, and tongues, and nations. 8 And all that dwell upon the earth shall worship him, whose names are not written in the book of life of the Lamb slain from the foundation of the world.

Revelation 13:16-17 KJV 16 And he causeth all, both small and great, rich and poor, free and bond, to receive a mark in their right hand, or in their foreheads: 17 And that no man might buy or sell, save he that had the mark, or the name of the beast, or the number of his name.

By the time the Tribulation is in full bloom it will make socialism/communism look like child’s play. The Anti-christ is in the wings waiting for his time. It is not if but when and the question, are you ready to meet your Creator.

The book listed on this page is by A. Ralph Epperson
Living His Word Ministries Inc. has permission to add wording from “New World Order Book” Used by Permission Copyright 1997 to 2016 Publius Press and ralphepperson.com