Skip to content
Home / Bible Teachings / Sealed, 144,000 From Every Tribe Of Israel

Revelation 7 HCSB 1 After this I saw four angels standing at the four corners of the earth, restraining the four winds of the earth so that no wind could blow on the earth or on the sea or on any tree. 2 Then I saw another angel, who had the seal of the living God rise

up from the east. He cried out in a loud voice to the four angels who were empowered to harm the earth and the sea: 3 “Don’t harm the earth or the sea or the trees until we seal the slaves of our God on their foreheads.” 4 And I heard the number of those who were sealed: 144,000 sealed from every tribe of the Israelites:….

Question: Who are the 144,000? Answer: The 144,000 are first mentioned in Revelation 7:4, “Then I heard the number of those who were sealed: 144,000 from all the tribes of Israel.” This passage comes in an interlude between the judgment of the sixth seal of the tribulation (Revelation 6:12–17) and the opening of the seventh seal (Revelation 8:1).

How one answers the question “who are the 144,000?” depends on which interpretive approach one takes to the book of Revelation. The futurist approach, which we consider the best, interprets the 144,000 literally. When taken at face value, Revelation 7:4 seems to speak of 144,000 actual people living during the end-times tribulation. Nothing in the passage leads to interpreting the 144,000 as anything but a literal number of Jews—12,000 taken from every tribe of the children of Israel, according to verses 5–8.

These 144,000 Jews are “sealed,” which means they have the special protection of God. They are kept safe from the divine judgments and from the wrath of the Antichrist. They can freely perform their mission during the tribulation. It had been previously prophesied that Israel would repent and turn back to God (Zechariah 12:10; Romans 11:25–27), and the 144,000 Jews seem to be a sort of “first fruits” (Revelation 14:4) of that redeemed Israel. Their mission seems to be to evangelize the post-rapture world and proclaim the gospel during the tribulation period. As a result of their ministry, millions—“a great multitude that no one could count, from every nation, tribe, people and language” (Revelation 7:9)—will come to faith in Christ.

Much of the confusion regarding the 144,000 is a result of the false doctrine of the Jehovah’s Witnesses…. continue GotQuestions.org 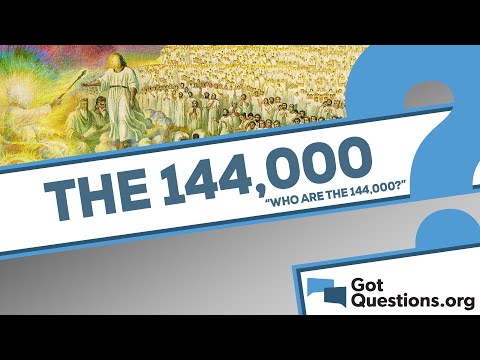 In Revelation chapter 6, the judgments of God are causing death and destruction every where. The elements are unnormal and people are suffering. Sounds some what like today, but unlike today these events will be all at once on a global scale. Right in the midst of this, God pushes the pause button and everything stops. Out of no where there is quiet and stillness. Let’s see how and why God did this?

How Did God Stop Everything On Earth?

How – God will have angels restraining the storm winds from blowing. Take a moment and think about the power of angels. They keep the wind from doing what it is created to do, blow.

Why Did God Stop Everything On Earth?

Why – It is time for Israel to receive God’s promise of salvation. There will be 144,000 sealed from the 12 tribes of Israel who have faith in Jesus Christ for the purpose of preaching the gospel. They will be marked or have a seal on their forehead that tells the angels not to harm them. The 144,000 will be marked with the name of the Son and the Father (Revelation 14:1).

Zechariah 12:1-6 tells us God is going to destroy the enemies of Israel and Jerusalem. Christ will appear to Israel and when they see His pierced hands, feet, and side they will repent and be full of sorrow as the truth is revealed to them (Zechariah 12:10).

In Zechariah 13 we find that 2/3 of the people die in that war and only 1/3 of Israel remains alive.

In Revelation 7:9-17 we find so many people at the throne of God John couldn’t count them all. And for all you people who think there will be segregation read these verses over and over. Any way, they are free from their body of sin. They are out of this cursed world, are comforted and will be healed of their tears and hurts. They are and forever will be drinking living water, following their Shepherd, worshipping and serving God in His presence at His throne and under His wing of protection. There is no way to truly comprehend this but there is enough to say,

Revelation 22:20 KJV He which testifieth these things saith, Surely I come quickly. Amen. Even so, come, Lord Jesus. 21 The grace of our Lord Jesus Christ be with you all. Amen.