The Muslims believe that the western wall belongs to them and the Jews believe the exact same thing, this creates a large problem. An article by Jpost states “The Western Wall can only remain under Muslim sovereignty, a senior adviser to Palestinian Authority President Mahmoud Abbas said during a Friday sermon.” and they are not willing to give not even “one millimeter of it“.

As you can read no one is willing to share the western wall. Each believe that this wall belongs to them according to their religion. According to Jpost it states “Jews revere the wall as the remnant of a retaining wall that surrounds the site where their ancient temples once stood. Muslims regard the wall as the location where the Prophet Muhammed tethered his winged steed during his overnight journey from Mecca to Jerusalem.” These two statements clearly show peace will not occur between two differing religions.

The lack of peace is due to the fact that Israel is blamed for all of the violence and redistribution because of the so called displacement of Palestinians and Syrians. In 1922, they had a two state solution and the Palestinians rejected it. If they rejected it then and have continued to reject it up til now they will continue to reject until Israel is no more.

In 1947, Great Britain relinquished to the UN the power to make decisions relating to the status of the Land of Israel. The General Assembly appointed a special committee that collected evidence and decided unanimously that Israel should be granted independence. Most of the committee members favored partitioning the land into two states, a Jewish state and an Arab state, with Jerusalem under international supervision. On November 29, 1947, the UN General Assembly accepted the partition resolution, 33 to 13…

…But the Palestinians rejected it and instantly started a war against the Jewish settlement, which they lost unequivocally…

…The Palestinians who lived under Jordanian rule in the West Bank, as well as those who lived in Gaza under Egyptian rule between 1948 and 1967, had every opportunity on earth to declare independence and create their own independent state in these territories. But they never did this.”… read more

The reason the peace deal never comes together is because this is not about land but about religious ideology. Therefore there will be no peace! As a matter of fact they will be saying peace and security but instead sudden destruction will come upon them.

1 Thessalonians 5:3 KJV For when they shall say, Peace and safety; then sudden destruction cometh upon them, as travail upon a woman with child; and they shall not escape.

Here we are 70 years later playing the same game. Pretending a two state solution is the solution that will bring peace, however the representative of the PA President Abbas has clearly stated the Western Wall belongs to the Muslims and there will be no giving way. Where is the Western Wall located at, in Jerusalem.

Zechariah 12:2 KJV Behold, I will make Jerusalem a cup of trembling unto all the people round about, when they shall be in the siege both against Judah and against Jerusalem.

3 And in that day will I make Jerusalem a burdensome stone for all people: all that burden themselves with it shall be cut in pieces, though all the people of the earth be gathered together against it.

Jerusalem, The Cup of Trembling

Psalm 24:1 KJV The earth is the Lord’s, and the fulness thereof; the world, and they that dwell therein.

The earth, the people, and all the cities belong to God. This includes Jerusalem

Ezekiel 5:5 KJV Thus saith the Lord God; This is Jerusalem: I have set it in the midst of the nations and countries that are round about her.

Jerusalem is located where she is because God chose that location.

1 Kings 11:36 KJV And unto his son will I give one tribe, that David my servant may have a light alway before me in Jerusalem, the city which I have chosen me to put my name there.

Jerusalem is the city of God.

As the world keeps pushing this divide we are going to see how the bible unfolds right before our very eyes. If you want to know where we are in scripture then look at Israel, Jerusalem.

Israel and her capital city Jerusalem stir up strong emotions like no other nation. Israel is a very tiny piece of land in comparison to other nations and yet that plays no part in the aggression that is constantly coming their way. Israel has had to defend their right to exist from the moment of re-birth. (Isaiah 66:7-8). Why?

Psalm 132:13 KJV For the Lord hath chosen Zion; he hath desired it for his habitation.
14 This is my rest for ever: here will I dwell; for I have desired it.

Israel was created by God for Himself. God chose Jerusalem to be His home forever. The whole earth belongs to God and He wants Israel to live on the land He has given them.

Jerusalem An On Going War

God created the heavens, earth, animals, plants, angels, and all things. One day one of the angels, Satan, decided to usurp God because he wants to be god. He took action, God threw Satan and one-third of the angels following him out of heaven (Isaiah 14:12-15, Revelation 12:3-9). Years later, one night God wrapped in flesh, the Son of God, Jesus the Christ, came to His creation but He was rejected, crucified, dead, buried, and was resurrected. Jesus finished work on the cross publicly shamed Satan and defeated his works (Colossians 2:8-15). Satan is jealous of God’s sovereignty and hates the cross of Jesus Christ.

Satan’s goal has not changed and he will diligently move toward the whole world worshipping him as God. Until Christ returns Satan is and will continue to kill God’s people, steal peace, and destroy the truth.

2 Thessalonians 2:3 KJV Let no man deceive you by any means: for that day shall not come, except there come a falling away first, and that man of sin be revealed, the son of perdition;
4 Who opposeth and exalteth himself above all that is called God, or that is worshipped; so that he as God sitteth in the temple of God, shewing himself that he is God..

This is why Israel, Jerusalem is such a big deal because the Antichrist is going to rule and show everyone who is the real god, but is he the real god and will this last for long? NO (Revelation 19:20-21)

Revelation 21:2 And I John saw the holy city, new Jerusalem, coming down from God out of heaven, prepared as a bride adorned for her husband.
3 And I heard a great voice out of heaven saying, Behold, the tabernacle of God is with men, and he will dwell with them, and they shall be his people, and God himself shall be with them, and be their God.

Man’s view of Israel and Jerusalem is about land rights, payment for injustice, religion, and so on. But for God it is about His faithfulness to His covenant. For believers they know Jerusalem becoming the cup of trembling shows we are closer than ever to the coming of our Lord, Jesus the Messiah. 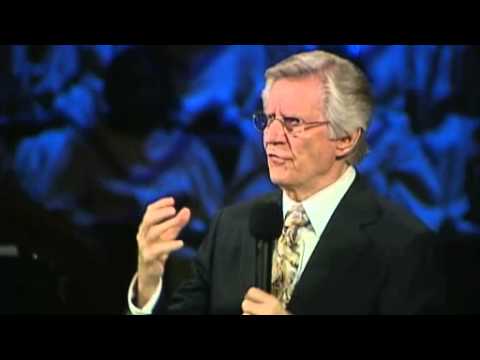