god Of This World vs. God Of The Bible

Home / Daily Biblical News / god Of This World vs. God Of The Bible

Whether knowingly or unknowingly leaders are diligently setting things in place that are leading to a unified one world religion which will be part of the Tribulation.

Religious leaders want us to believe that “the “House of One” in Berlin (Germany) will be a large building where Jews, Christians and Muslims will have a space to worship”. Is it possible to worship many gods under one house? What does the bible (God) say?

The word LORD in this verse is: 3068-YAHWEH – Yahweh, God’s only name (HELPS Word-studies)

So, if Jews, Christians, and Muslims are to be truly united in worship it will be by worshipping the only living God, YAHWEH.

However they promote God to agree with an all inclusive religion, “Christian Wulff, said “The House of One offers unique conditions for dialogue”, and referred to Pope Francis’ recently published encyclical “Fratelli Tutti”, which “Pope Francis implied that God loves every person, no matter which religion she/he belongs to”.

By saying that God loves everyone no matter what religion they make acceptance by YAHWEH all inclusive. Did Jesus come to bring peace and love between all people?

No. The Son of God came to die for our sins so whoever believes in His name will have peace with God (Ephesians 2:13-18). Unity comes between people through faith in Christ Jesus (Ephesians 4:13) which causes hostility between those who have saving faith and those who profess to know Jesus (John 15:18-25).

One of the characteristics of God is love. He created all things, but that does not negate His holy wrath toward sinners (Psalm 5:5, 11:5). Those who take God’s character out of context scripture is twisted and changed. This means the bible is not seen as the inerrant word of God. So, there are additions and subtractions made to God’s word.

In the article it says “We want to show that faith doesn’t divide Jews, Christians and Muslims, but instead reconciles them”, says Bishop Markus Dröge, an ambassador of the project. Enes Canter, another ambassados and basketball player, adds: “We all believe in the same God, one God. We need to leave our differences on the table and try to find what we have in common. That’s how we can learn from each other.”

James 2:18-19 NASB 18 But someone may well say, “You have faith and I have works; show me your faith without the works, and I will show you my faith by my works.” 19 You believe that God is one. You do well; the demons also believe, and shudder.

Faith (4102/pistis) is always a gift from God, and never something that can be produced by people. In short, 4102/pistis (“faith”) for the believer is “God’s divine persuasion” – and therefore distinct from human belief (confidence), yet involving it. The Lord continuously births faith in the yielded believer so they can know what He prefers, i.e. the persuasion of His will (1 Jn 5:4). (HELPS Word-studies)

Faith from God brings division among those who are trying to unite man’s way. Because we know, no one comes before God as Father except through faith in His Son (John 14:6). This means the difference left on the table will be Jesus, God in flesh, the only begotten Son of God, as the only way to have peace with God. When religions look for things in common, they have to deny the deity of Jesus. Instead, men will create their own commands and teach them as biblical doctrine.

God warned thousands of years ago what was coming in the future. The signs are lining up quickly.

The Motives, Marks, and Means of Church Unity by John MacArthur 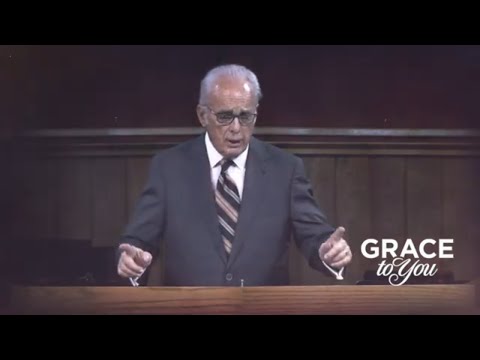 Receive current bible teachings and more by following us.