Our daily biblical news brings a biblical perspective on the events happening today. Today we can see evil is ramping up and our world is changing fast. This page is to show how close Christ return is. We cannot make this world a better place but we can prepare for our true home each day. Please share the love of Christ, don’t give up hope and keep your eyes on your eternity. Remember, there are no signs for the rapture to happen.

Want to learn more on how to connect the daily biblical news to the Birth Pains In The Last Days? Read our bible teaching about the first coming of Christ and the second coming of Christ. This teaching will help you understand the signs of the last days.

Want to receive our daily biblical news and/or our bible teachings then Follow LHWM.

The bible clearly declares Christ is head of the church not man. Times are changing fast and it seems we are running to catch up. Spiritual war has now been declared openly. Do not fret or allow what is happening to deter you from standing in your faith. The church began under persecution and it will depart under persecution. Although persecution is happening world wide, let’s take a look at one state where churches are standing in their faith against their Governor.

Christ Is Head Of The Church Not Man

The Governor of California is busy and wants the churches to comply with his rules. As you read the news, it has been said, “never let a good crisis go to waste”.  Well Governor Newsom of California is taking full advantage of the COVID-19 crisis.

The churches in California are tired of the relentless bans against the house of God. So much so, that three of these churches Sue Gov. Newsom for Banning “Singing” In Houses of Worship.

Governor Gavin Newsom of California is on the move again and another action has been taken. In an article titled “California Department of Public Health issued a new order on Monday, mandating restaurants, bars, churches, fitness centers, hair salons, and barbershops in at least 32 of the state’s counties to close indefinitely.“

A well known Pastor John MacArthur announced that his California church, Grace Community Church, made a decision to hold in-person services. He wrote a very concise and biblically based letter for their decision to open up their church.

At the end of his letter you can sign to stand with his statement. Pray for him and all believers as we see the last days play out.

John MacArthur Writes a Letter To Keep His Church Open

Christ is Lord of all. He is the one true head of the church (Ephesians 1:22; 5:23; Colossians 1:18). He is also King of kings—sovereign over every earthly authority (1 Timothy 6:15; Revelation 17:14; 19:16). Grace Community Church has always stood immovably on those biblical principles. As His people, we are subject to His will and commands as revealed in Scripture. Therefore we cannot and will not acquiesce to a government-imposed moratorium on our weekly congregational worship or other regular corporate gatherings. Compliance would be disobedience to our Lord’s clear commands….

… Said another way, it has never been the prerogative of civil government to order, modify, forbid, or mandate worship. When, how, and how often the church worships is not subject to Caesar. Caesar himself is subject to God. Jesus affirmed that principle when He told Pilate, “You would have no authority over Me, unless it had been given you from above” (John 19:11). And because Christ is head of the church, ecclesiastical matters pertain to His Kingdom, not Caesar’s. Jesus drew a stark distinction between those two kingdoms when He said, “Render to Caesar the things that are Caesar’s, and to God the things that are God’s” (Mark 12:17). Our Lord Himself always rendered to Caesar what was Caesar’s, but He never offered to Caesar what belongs solely to God…

… The biblical order is clear: Christ is Lord over Caesar, not vice versa. Christ, not Caesar, is head of the church. Conversely, the church does not in any sense rule the state. Again, these are distinct kingdoms, and Christ is sovereign over both. Neither church nor state has any higher authority than that of Christ Himself, who declared, “All authority has been given to Me in heaven and on earth” (Matthew 28:18)… read full blog by John MacArthur

Since John MacArthur wrote a letter stating “that Jesus is the head of the church”, the governor has taken action.

See the article titled “Pastor John MacArthur may face fine, arrest for holding indoor services: ‘We will obey God rather than men” below to read more about it.

County officials have allegedly threatened Grace Community Church in California with fines and possible arrest for reopening his church in defiance of lockdown orders from Gov. Gavin Newsom during the pandemic. Still, Pastor John MacArthur has vowed to continue in-person services.

“We will obey God rather than men,” MacArthur said in a video statement Friday. “We’re going to be faithful to the Lord and we’re going to leave the results to Him. Whatever happens is going to be what He allows to happen. But He will be on our side because we will be obedient and faithful to His word.”

“We will not bow to Caesar,” he added. “The Lord Jesus Christ is our king.”… by Christian Post 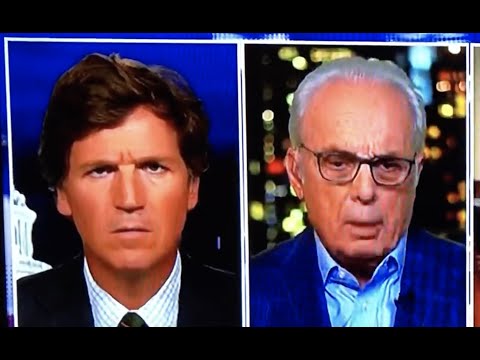 Not only can I not remember any president doing that, I cannot remember a time when it was needed. Eight years of Barack Obama left a lot of scars. 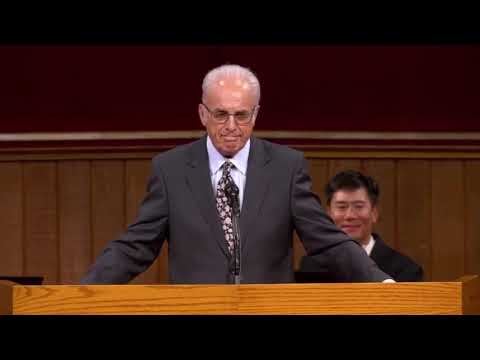 Watch John MacArthur’s video update on what he says about the current events taking place.

The world is spiraling into lawlessness. But this does not mean things are out of control. It actually means prophetic signs are falling into place (Matthew 24).

When the wicked heart hears the restrictions are lifted, we witness the truth about the innermost part of people.

“The insanity that is 2020 continues and while Democrats continue to deny the existence of any type of increase in violent crime in America’s cities, the city of Minneapolis is raising the white flag of surrender. This is akin to the 1980’s Kurt Russell movie, “Escape From New York.” The Minneapolis Police Department has advised residents of the city…in particular in the 3rd Precinct to basically “give in” to criminals and let them have whatever they want.” lawenforcementtoday.com

God Warns Us Of The Birth Pains

God warned us this will come. People outside and inside the church have the same attitude of lawlessness toward God and others. The persecution and hatred of God and true believers has always existed. But as we approach the time of the Tribulation the lawlessness grows because the hate toward Christ Jesus grows. Society will never progress. It can only repeat history. And so we will revert back to the days of Noah and Lot.

2 Timothy 3:1-5 KJV This know also, that in the last days perilous times shall come. 2 For men shall be lovers of their own selves, covetous, boasters, proud, blasphemers, disobedient to parents, unthankful, unholy, 3 Without natural affection, trucebreakers, false accusers, incontinent, fierce, despisers of those that are good, 4 Traitors, heady, highminded, lovers of pleasures more than lovers of God; 5 Having a form of godliness, but denying the power thereof: from such turn away.

“Anarchist rioters in Democrat-run cities around the country have been attacking symbols of America’s past, such as historic statues, and the nightly protests in Portland have devolved into Bible burning.

“This is who they are,” U.S. Sen. Ted Cruz remarked via Twitter.” onenewsnow.com

The Line Is Being Drawn For Christians

The “church” thought it could play both sides of the fence. Not anymore. Each person will choose where they will stand. There will be no such thing as being neutral. Evil does not do neutral.

“Land says America’s leaders and its citizens must pick a side and that begins, he says, with choosing a worldview to follow.

“What we have here now is a choice between a spirit of rebellion, of burning pig’s heads and burning Bibles, and traditional American belief of the rule of law, free expression and liberty,” he says.” onenewsnow.com

Joshua 24:15 KJV And if it seem evil unto you to serve the Lord, choose you this day whom ye will serve; whether the gods which your fathers served that were on the other side of the flood, or the gods of the Amorites, in whose land ye dwell: but as for me and my house, we will serve the Lord.

Faith in Jesus Christ gives eternal life. Rejection of the Son of God pays eternal death. You will choose.

This page may load slow due to rss feeds. Please be patient for it could take up to 10 seconds, thank you.
If there is an error with the rss feeds below please Report The Problem Here.
Please read the news below with discernment. Line everything up with the Word Of God.

Leftists To Siege White House On Eve Of Feast Of Trumpets'
Posted on Friday August 14, 2020

Only one in three Americans now believes salvation is through Christ alone
Posted on Thursday August 13, 2020

HHS: Vaccine effort 'on track' for millions of doses by January
Posted on Thursday August 13, 2020

Anonymous Donor Matches Donations to Salvation Army Up to $30,000 During Pandemic
Posted on Saturday August 15, 2020

The Democrat Party is Getting Rid of the Jews
Posted on Friday August 14, 2020

Netanyahu thanks Egypt, Oman and Bahrain
Posted on Saturday August 15, 2020

UAE minister: We bought lot of time on annexation; Palestinians should negotiate
Posted on Saturday August 15, 2020

TikTok's US employees are scared they won't get paid if the app is banned, and now they're planning to sue the Trump administration
Posted on Saturday August 15, 2020

'Thy Will Be Done': How to Pray for the Church and Our Nation - David Carlson & John Stonestreet
Posted on Saturday August 15, 2020

How Trump traded annexation for his Christian base - Maayan Jaffe Hoffman
Posted on Saturday August 15, 2020

Who are the winners and losers in UAE-Israel agreement? - Associated Press
Posted on Thursday August 13, 2020

Prophecy In The News

The Numeric Values of the Olivet Discourse
Posted on Wednesday August 05, 2020

The Conspiracy
Posted on Wednesday August 05, 2020

Florida Current at its weakest in the past 110 years
Posted on Friday August 14, 2020

Philadelphia and Delaware hit by rainfall 1 000 percent of normal during Isaias, U.S.
Posted on Friday August 14, 2020

Iranian official: The UAE will be engulfed in Zionist conflagration
Posted on Friday August 14, 2020

An Exercise in Obedience: People Are Being Conditioned to Take the Mark of the Beast
Posted on Friday August 14, 2020

It is Not RIGHT Against LEFT Anymore -It is RIGHT Against WRONG: This Coming Election is CRUCIAL to the Future of America
Posted on Thursday August 13, 2020