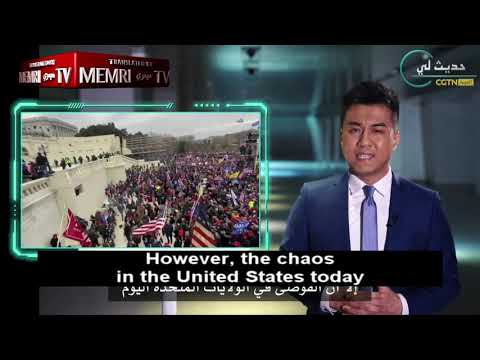 Revelation 17:11-13 The beast that was, and now is not, is an eighth king, who belongs to the other seven and is going into destruction. 12 The ten horns you saw are ten kings who have not yet received a kingdom, but will receive one hour of authority as kings, along with the beast. 13 These kings have one purpose: to yield their power and authority to the beast.… Berean Study Bible

Right now all the elites and globalists are diligently positioning themselves to rule the world. China and others, believe they won. They finally have their open gateway to purge the world of true believers and anyone who disagrees with them. As we move our way toward the time of the Tribulation, where will China be?

Generally, all nations are going to come against Israel, Jerusalem, and believers as seen in Psalm 2:1-3, Revelation 6:9-11, and other verses. So, in a general sense China will be involved in the war against God as it already is. But what about China specifically?

Does China Have a Role During the Tribulation?

“The sixth angel poured out his bowl on the great river Euphrates, and its water was dried up to prepare the way for the kings from the East. Then . . . demonic spirits that perform signs . . . go out to the kings of the whole world, to gather them for the battle on the great day of God Almighty. . . . Then they gathered the kings together to the place that in Hebrew is called Armageddon” (Revelation 16:12–16).

This passage predicts a massive, climactic conflict known as the Battle of Armageddon. It occurs at the end of the tribulation, after the sixth bowl judgment. At that time, the Euphrates River will be dried up, allowing the “kings from the East” to invade the Near East and march toward Israel. It is the “kings from the East” identification that many associate with China. The Chinese army, or a Chinese-led coalition, will take advantage of the removal of a natural barrier and sweep westward to meet up with the forces of the Antichrist.

Revelation 16:12 NASB The sixth angel poured out his bowl on the great river, the Euphrates; and its water was dried up, so that the way would be prepared for the kings from the east.

China, along with other nations, is east of Jerusalem and Israel. The whole earth will be divided into ten nations and will be ruled by one ruler, the Antichrist.

We do not know exactly when all this takes place but eventually God will give the people what they want. Will they be happy then? No, (Revelation 16:13-21).

Jesus is coming. Are you ready to meet your Creator?